We know that more than in other branches of Law, Public International Law walks behind the facts. An analysis of how it has evolved allows us to affirm that in recent decades there has been a growth in terms of the subjects of international law, the impact of technology and a concern for the environment.

Technology, through social networks, has allowed the law, in all its ramifications, to bring the reality of the facts, the thinking of international actors, closer to the entire international community in a matter of seconds.

There is an unusual reality and a “butterfly effect” in the knowledge of the facts, especially in those that threaten peace, the dignity of the human being and the environment as a whole.

International Law must be conceived as the articulating tool between the problems and concerns of the international community and the general interest of the individuals that comprise it. Climate change, pollution, overpopulation, gender violence, armed conflicts, extreme poverty, migrations, refugees, the space race, are some of the topics that we read daily in the world’s portals.

International Law has contributed to states committing themselves to making a better world, but the challenges are current and International Law has a heavy responsibility as a historical tool to temper what the community claims, what the individual is concerned about, and this heavy responsibility as we said at the beginning, means that its crystallization is not fast enough as the world wants and demands. 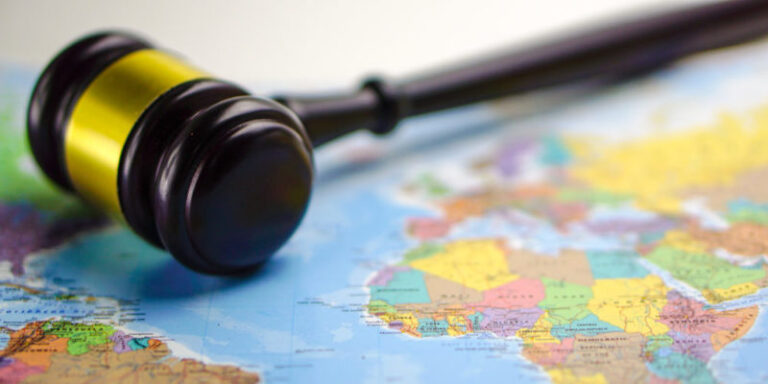 Our Institute seeks to produce changes in the community interested in Public International Law, addressing issues in that gap that exists between the events that occur today, those material sources that reach us at all times through social networks, and the rights that, in the future, hopefully in the near future, will become new international instruments, formal sources.

It seeks to think about the law and outline, based on contemporary and critical analysis, legal doctrinal concepts of what we consider the best of the tools to produce changes, because that is what improving the world is all about, generating the rules of law, which allow, from its fulfillment, to live in a better and peaceful reality.

At the level of the Argentine Republic, we will focus in particular on the Malvinas issue (which obviously includes the South Georgia and South Sandwich Islands) and everything related to the maritime spaces conceived in the United Nations Convention on the Right del Mar, in terms of administration, conservation and exploitation of its resources.

He is a lawyer, graduated from the University of Buenos Aires, Specialist in Public International Law.

The meetings of the Institute of Agrarian Law are held at the call of the authorities, in person and simultaneously through virtual platforms, so as to guarantee the active participation of resident and non-resident members in the region corresponding to the headquarters of the Association. . The joining link will be sent to members at their email address reported on the membership application form that can be downloaded below.

Members who wish to apply for membership in the Institute may download the corresponding form and send it by email to info@aidca.org accompanied by a curriculum vitae, and must prove a real interest in the matter.